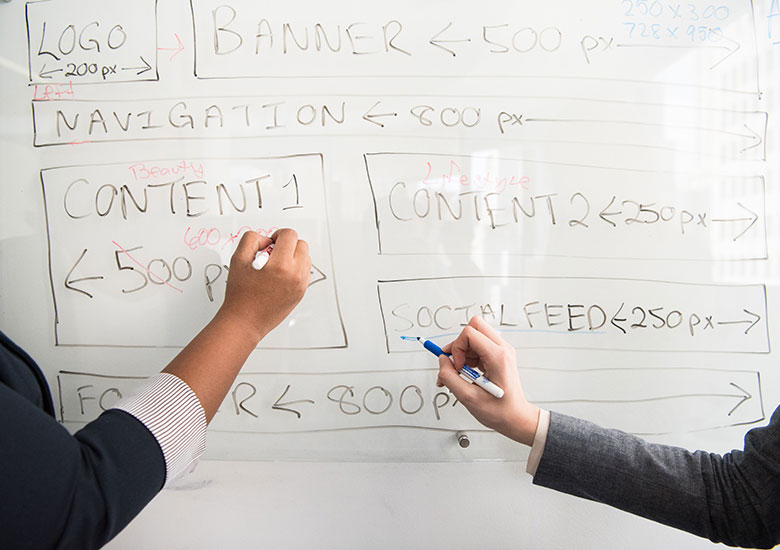 Jody serves as Board Chair and also serves on all committees. Jody recently retired from over 40 years in healthcare, most recently serving as the Executive Director, Planning & Performance at Alberta Health Services, and has had a very full career in healthcare planning and corporate reporting both in the US and Canada. The Brenda Strafford Society for Prevention of Domestic Violence has appreciated Jody’s thoughtful approach to evaluation and performance since she joined the Board in 2017.

Christine Plante has served on the Brenda Strafford Centre Board and Human Resources committee since 2017. She currently serves as Board Vice-Chair and Chair of the Human Resources Committee. Christine offers her legal and human resource management expertise and has personally supported various BSS initiatives including the Letting Kids Be Kids summer play program. Christine is a partner with Bennett Jones LLP in Calgary, specializing in commercial litigation and providing full-service legal advice and representation for all employment, labour and human resource needs. Christine has been named as an Up and Coming Employment & Labour Lawyer by Chambers Canada, recognized by Benchmark as a Top 40 & Under Litigator, and received a 2018 Lexpert® Rising Star award.

Mr. Millar has more than 20 years of experience in the private and public sectors, specializing in strategic communications, executive communications, issues management, media relations, media training, branding and marketing, digital communications, internal communications, government relations, investor relations and community relations. Mr. Millar has worked in senior leadership, director-level positions for the Government of Saskatchewan, Calgary Health Region, TC Energy, the Calgary 2026 Winter Olympics Bid Corporation and LNG firm Pieridae Energy. Mr. Millar began his career as a broadcast journalist with CTV. He served Canada in the Naval Reserve, is an accredited member of the International Association of Business Communicators with his ABC designation and studied Political Science at the University of Calgary and Broadcast Journalism at the Southern Alberta Institute of Technology.

Iqbal Ali is a collaborative and forward-looking leader with 20 years of diverse experience in organizational effectiveness and human resources management. He brings a distinctive results-driven, business-minded approach to human resources – he began his education and career in accounting and finance, attained his Master of Business Administration degree from the University of Calgary, and is a Certified Professional in Human Resources. He has served as a faculty member at Columbia College for over 15 years, and is the author of 3 books, including Integrity Matters: Living the Good Life. Iqbal is presently the Human Resources Director at The Brenda Strafford Foundation; he has ten years of experience in the seniors’ care sector. Iqbal is married to an instructor and professional development advisor within the University of Calgary Masters of Biomedical Technology program. They have two daughters, both of whom are in the medical field. Iqbal enjoys playing and watching tennis.

Christina Buckle is a Director with Avenue Living Communities. Based in Calgary, where she supports the Operations team of a $1.5 billion-dollar real estate organization focused on providing safe and affordable housing to individuals and families across the Prairie provinces. Christina completed her undergraduate degree at the University of Calgary, Haskayne School of Business in 2004 and her Master’s Degree in Finance at the University of Alberta in 2015. She has spent the majority of her 15-year career in Real Estate and has 12 years of financial reporting experience. Christina joined the Brenda Strafford Centre as a volunteer in December of 2014 and has participated in the Courage Gala Committee and the Finance and Fund Development Committee since 2017. Christina is grateful to be part of an organization that supports families who are struggling with poverty or family violence and is very supportive of children’s initiatives that allow them to achieve their fullest potential.

Dominique Carrier-Robb is a Learning & Development Manager who delivers training initiatives for legal professionals for Norton Rose Fulbright. In this role she oversees the continuing professional development for lawyers and staff and provides in-house training opportunities in the Vancouver and Calgary offices. She has a Bachelor of Arts in Psychology from McGill University, a Bachelor or Arts in Journalism and Communications from Concordia University and a Juris Doctor from the University of British Columbia. Ms. Carrier-Robb worked in broadcast and print journalism and communications prior to becoming a lawyer. She began her journalism career at CTV Edmonton before moving to Canmore and working as an arts reporter for the Rocky Mountain Outlook. She then worked as program coordinator at the Banff Centre in Indigenous Arts and Music and Sound before moving to Vancouver and working in communications for Music in the Morning, a classical concert series. After articling at Bennett Jones, she practiced family law at Matkovic Allan where she also took on clients through Legal Aid and worked with individuals and families in complicated family situations. She has appeared before the Court of Queen’s Bench to advocate for these clients.

Mike Conroy is the President and CEO of the Brenda Strafford Foundation based in Calgary, Alberta.  The Brenda Strafford Foundation is a Registered Canadian Charitable Organization that operates four progressive continuing care facilities, supports a variety of research chairs and The Brenda Strafford Centre on Aging at the University of Calgary, the Brenda Strafford Society for the Prevention of Domestic Violence and a wide scope of health service in Dominica, Haiti and Jamaica.  As President/CEO, Mr. Conroy is responsible to the Foundation’s Board for strategy development and implementation and the effective and efficient management of all aspects of the Foundation’s operations. Prior to his current position, Mr. Conroy was the Senior Vice President for the Edmonton Zone of Alberta Health Services responsible for the full continuum of health services serving 1.2 million people with a staff of over 20,000 and an operating budget of $2.6 billion.  Prior to this appointment, he was the Executive Vice-President for Corporate Services for Alberta Health Services, with responsibility for Cancer Care in the province, the North Zone health service area, Human Resources, Information Technology, Communications, Legal and Privacy, Internal Audit and Enterprise Risk Management, and the Ethics and Compliance Office. Mr. Conroy has an undergraduate degree in Commerce from the Royal Military College of Canada and a graduate degree in Health Administration from Central Michigan University.  He has also completed the Queen’s University Executive Program, and Harvard’s Health Service Excellence Program.

Norma Jackson is a registered nurse by training. She has worked for over 40 years in various positions in The Brenda Strafford Foundation from Administrator and Board Member, to Interim President & CEO, and Vice President. She recently retired as the Chair of the Board of The Brenda Strafford Foundation but remains on the Board as an active Member.  Norma was the Chair of the Board for the Brenda Strafford Society for the Prevention of Domestic Violence for 23 years. Norma assisted the Foundation with research in the creation of the Assisted Living Model of Care, and she assisted in the development, community consultation, review of construction plans and opening of Wentworth Manor as the first Aging in Place Complex in Alberta. In 2013, she was honoured with the Life Time Achievement Award by the College and Association of the Registered Nurses of Alberta (CARNA). In 2018, Norma was the recipient of the Alberta Continuing Care Association (ACCA) Awards of Excellence: Lifetime Achievement Award.

Dr. Nie started her childhood in Urumqi, China, before immigrating to Regina in her early teens. She joined the Canadian Naval Reserves at 17 years old as a diesel technician. After sailing the high seas and realizing her passion for healthcare, she enrolled in U of Sask Medical School and completed her family medicine training at UBC. Since 2012, she has served the Canadian Armed Forces as a Lieutenant (Navy) in a variety of tastings, domestic operations, and deployments. Her volunteer activities include x 2 medical missions to Haiti post-earthquake, inner city Kingston Jamaica and Honduras. Since 2018, after honorably discharging from the military, she has been practicing family medicine in the local Calgary area. Her philosophy of care is focused on building rapport and harm reduction. Having come from a humble immigrant background, she is very vested in helping marginalized populations achieve their piece of the Canadian Dream.

James Ray is the Residential Leasing Coordinator at Calgary Housing Company. Leading a staff of 10 his team is responsible for marketing and leasing 7400 units within the City of Calgary. James has held multiple Coordinator level positions during the past 10 years with Calgary Housing, and he brings a full understanding of the programs and services offered by CHC. James has been a Director at Brenda Strafford Centre since 2016, was previously involved in the Human Resources Committee and currently sits on the Fund and Finance Development as well as the Program Quality and Innovation Committees. Previous committee involvement includes the Steering Committee for the Syrian Refugee Settlement with the Calgary Catholic Immigration Society (CCIS) in 2015-16, responsible for housing over 1200 refugees within the City. In his spare time, James enjoys spending time with his family, hiking, backcountry camping, walking his dog, and reading a good book. In addition to his many reasonably positive traits, he thinks he’s funny, too.

Ms. Shaw has 30 years of marketing, healthcare, management and board experience including LGBTQ activism and highly successful community investment initiatives. She has been a leader in the field of orthodontic management/marketing and has lectured on the topics of innovative practice growth strategies throughout Canada and the United States. She has leveraged her Bachelor of Arts, Sociology degree into a successful career as a highly creative marketer, designer and storyteller. Her entrepreneurial spirit has lead to the creation of a variety of digital customer marketing, retention and referral tools through both her own companies and in consultation with venture capital groups. Culminating in the creation in 2014 of WK Creations, which is a boutique marketing and consulting company, focused on small businesses and non-profits. Ms. Shaw has a long history of activism within the LGBTQ community through her involvement as President of CAMP 181, grass roots political work and support of Calgary Pride. She has also volunteered with a variety of non-profits from animal rescue to adults with disabilities, homeless populations and more. She believes passionately that the act of giving time of oneself to others is the path to happiness.

5/5 We stand in solidarity with Indigenous People, today and everyday. https://t.co/YPH1BEXtHI
View on Twitter
0
1

4/5 We want to say a big thank you to the Aboriginal Friendship Centre of Calgary, Freedoms’s Path Recovery, Mending Broken Hearts, Wellbriety, Creation Lodge, Miskanawah and Awo Taan Healing Lodge for the amazing work they do in the community. #iaw2021 #yyc #endviolence https://t.co/OozzaYu7YZ
View on Twitter
0
0